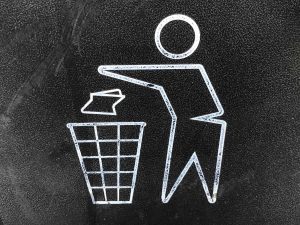 Why is healthcare so expensive? One reason is due to annual healthcare waste, whether that be a failure of care delivery to overtreatment. The range of money wasted annually seems to be between $760 to $935 billion, according to the Journal of the American Medical Association. The article from October states that the US spends more money on health care than any other country, with 30% of the spending wasted.

Where Our Waste Is Coming From

The evidence for waste was found by reviewing literature that was focused on waste domains previously found by the Institute of Medicine and Berwick and Hackbarth. The main areas of waste came from the failure of care delivery, failure of care coordination, overtreatment or low-value care, pricing failure, fraud and abuse, and administrative complexity. The data for each was collected from the literature spanning from January 2012 to May 2019. Data available entailed waste-related costs which was then converted to annual estimates in 2019 dollars for national populations when necessary combined into ranges and sums as appropriate.

From the research, Computations found an estimated cost of waste in each of the main categories.

The difference in wastes and savings speaks for itself, with the annual costs of waste between $760 billion to $935 billion. Savings that address waste were $191 billion to $282 billion which is nearly a third of annual spending.

With the US knowing where our waste in healthcare is from, we can only hope for implementations of solutions. With effective measures, we have an opportunity to not only reduce the trend but also lower healthcare costs for all.

Empower Brokerage can also help with your Medicare questions. Get an instant quote or call and speak with a licensed agent about finding the right Medicare Advantage plan in your area. 1-888-446-9157