Limit Your Risk with Medicare Supplements 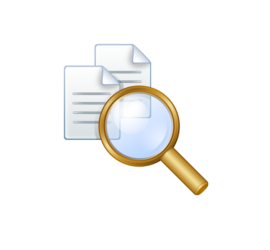 Why You Need Medigap 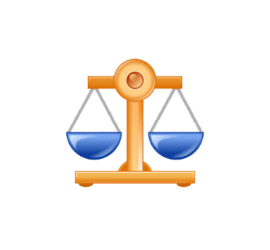 The two most popular Medicare Supplement plans are F & G. Here’s a quick summary and chart for you to see the particulars. PLAN F – The best, most comprehensive, plan available. Premiums ... 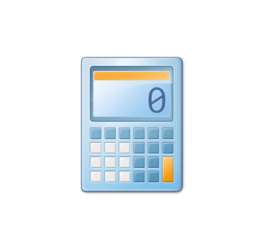 After completing this short form, you will be taken to our automated quoting system. The quoting system will give you a real-time quote 24-hours a day, 7 days a week. Please enter the ...

Q – There seem to be different enrollment periods in Medicare. To clear up confusion, can you explain what they are?

A – Yes, Here’s a Chart. Different enrollment periods affect people in different circumstances, and it’s important to be aware of the ones that apply to you — especially asMedicarehas recently changed the dates of some of them and added a new one for 2011 and future years. Here’s an explanation of each enrollment period and when to use it:

This is the time frame for most people to sign up for Medicare. It runs seven months, starting three months before the month in which you turn 65 and ending three months after that month. (For example, if your birthday is in May, your IEP begins Feb. 1 and ends Aug. 31.)

Use this period to enroll in Part A (hospital insurance) even if you do not intend to enroll in Part B. (An exception may be if you are still working and have employer health coverage that takes the form of a high-deductible plan and a health savings account. See “Can I Have a Health Savings Account as well as Medicare?”)

Use this period to enroll in Part B (which covers doctor’s services, outpatient care and medical equipment) if:

Be aware that if you are in any of the above situations and delay signing up for Part B beyond your IEP you may face a late penalty when you eventually sign up and — perhaps more detrimentally — you will be able to sign up only during the general open enrollment period (see below) at the beginning of each year and coverage will not begin until the following July.

But in other situations, if you continue to work beyond age 65 and have group health insurance from an employer for whom you or your spouse is still working, you may be able to delay signing up for Part B without penalty. See “Special enrollment period for Part B” below.

If you are already receiving Social Security retirement benefits when you turn 65, Social Security will automatically enroll you in Medicare Parts A and B. You have the right to decline Part B within a certain length of time if you or your spouse is still working for an employer that provides your health insurance.

If you become eligible for Medicare under age 65 because of disability, you will receive a letter from Social Security saying when your Medicare coverage will begin. It typically starts 24 months after your disability benefits were approved. Social Security will automatically enroll you in Part A and Part B. If you wish to opt out of Part B, you can if you or your spouse is still working for an employer that provides health coverage and has more than 100 workers.

When you turn 65, you’ll be entitled to a second seven-month IEP — this time based on age instead of disability. You get to start over, so if you previously paid a Part B late penalty, you won’t have to pay it any longer.

This SEP allows you to enroll in Part B without penalty beyond age 65 provided that you can show you have had group health insurance from an employer (or employers) for whom you or your spouse were still working since you turned 65. The SEP runs for eight months from the date you (or your spouse) stopped working. But you can enroll before this date to ensure unbroken health coverage. Your Part B coverage begins on the first of the month after you enroll.

If you work outside the United States when you turn 65 or later, you’re entitled to the same SEP when you return to this country if you (or your spouse):

You are not entitled to this SEP (and must therefore enroll in Part B during your initial enrollment period to avoid a late penalty) in certain situations — for example, if you work beyond age 65 for an employer that has fewer than 20 employees; or if you are covered beyond 65 by the employer insurance of a domestic partner to whom you are not married.

Part D drug coverage has different rules than Part B. You can delay enrolling in Part D beyond age 65 provided that you continue to have “creditable” drug coverage — meaning that Medicare considers it of at least equal value to Part D. When this coverage ends, you will be entitled to this SEP and can sign up immediately and without penalty in the following circumstances:

In all these cases, the special enrollment period lasts for 63 days beyond the crucial date — such as the end of drug coverage, your return to the United States or your release from prison. But your actual coverage in a Part D drug plan must have begun on or before the 63rd day to avoid a late penalty. Since coverage cannot begin until the first of the month after enrollment, it’s best to sign up no later than the end of the second calendar month after the critical date.

If you let this SEP expire before enrolling in a Part D drug plan, you must wait until the next annual enrollment period (see below), and you will receive a late penalty — added permanently to your plan’s premiums — for every month of delay.

Every year, open enrollment gives you the opportunity to review your existing Medicare coverage and, if you want to, change to a different plan for the following year. Use this period to:

In all cases, your new coverage begins Jan. 1. If you’re switching drug plans or Medicare Advantage plans, you do not need to actively “disenroll” from the one you are leaving — the act of enrolling in a new plan automatically cancels coverage under the old one. Similarly, if you’re in a Medicare Advantage plan but enroll in a stand-alone drug plan during open enrollment, this automatically cancels the old plan and also switches you to the traditional Medicare program for your medical benefits.

Note, however, that this open enrollment period does not apply to Medigap supplemental insurance.

This period is specifically for people who missed signing up for Medicare Part B at the required time — either during their initial enrollment period or during a special enrollment period for Part B. If you need to sign up for Part B during this period, be aware that your coverage will not begin until July 1, and you may be required to pay a late penalty based on how many years you have delayed. (See: “When Does the Part B Late Penalty Clock Start Ticking?”)

This period is specifically for people enrolled in a Medicare Advantage health plan who want to change to traditional Medicare. It doesn’t matter how long you’ve been in the Medicare Advantage plan. Even if you’ve just signed up with a plan (during a recent annual open enrollment) and your coverage began only on Jan. 1, you can still use this period to change your mind and switch to the traditional Medicare program. You also can enroll in a stand-alone Part D prescription drug plan at this time. In both cases, your new coverage begins the first day of the month after you make the change.

Note that this is a new period starting in 2011, and replaces the one in which people were allowed to change from one program to the other, or to switch from one Medicare Advantage plan to another, between Jan. 1 and March 31. You can no longer use this time frame to change plans, but must use the annual open enrollment period that runs from Oct. 15 to Dec. 7 (see above).

There are a number of other SEPs available in specific circumstances: