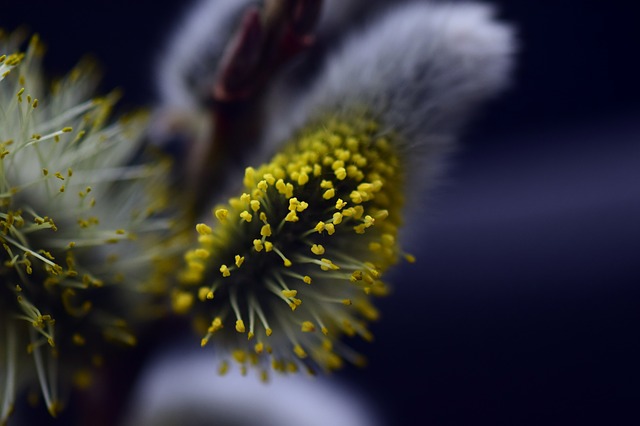 Around 23 million Americans suffer from hay fever, a term for when pollen or dust particles irritate the eyes, nose and throat. Symptoms include congestion, sneezing, scratchy throat, runny nose, and watery eyes. Allergies are the immune system’s reaction to a foreign substance, and they can vary in severity from person to person. Your system creates antibodies that mistake an allergen as harmful, even when it isn’t. Severe food, drug or insect sting allergies can even cause anaphylaxis if untreated.

Researchers have found that there are some factors of climate change that may worsen your seasonal allergies. Carbon dioxide increases the rate that many plants grow, adding more pollen to the air. Weed ecologist Lewis Ziska, Ph.D., points out that oftentimes weeds grow quicker than plants we find more useful (such as crops) when there is more carbon dioxide feeding them. Because cities produce more carbon dioxide than rural areas, plants actually grow at a quicker rate in the city. Furthermore, warmer temperatures lengthen the growing season, which means a longer allergy season, as well as the amount of pollen in the air. This allergy season is lasting about 27 days longer than past seasons. The American Academy of Allergy, Asthma and Immunology (AAAAI) state that the Northwest and Southwest are suffering the most.

According to the Mayo Clinic, showering after going outside, avoiding going outside on windy days, and allergy medication can help symptoms. Furthermore, a hard rain reduces the amount of pollen in the air, so after a rain is the ideal time to venture outdoors. You can monitor the pollen count in the air by city, and limit your exposure when the count is high. AAAAI also recommends taking medication before coming into contact with spring allergens. This prevents your immune system from reacting and producing histamine when triggered. Histamines are the chemical your body releases which causes all the unpleasant symptoms of an allergy attack. They increase blood flow to allow other chemicals from your immune system to react and ‘fight off’ the intruder. For example, if pollen gets in your nose, histamines tell the mucus membranes in your nose to produce more mucus, thereby giving you a runny nose or scratchy throat.

For more healthcare news, follow us on social media!