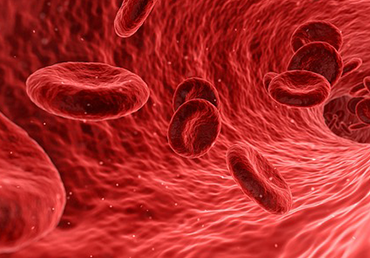 Hemophilia refers to a group of blood disorders, in which clotting does not occur like it’s supposed to. Clotting is what makes your body stop bleeding when you are cut. Defects in blood vessels, blood platelets, and coagulation mechanisms are all reason for bleeding disorders. Bleeding disorders can cause the affected person to bleed longer than a person with healthy blood. This can be dangerous.

What Does Blood Clotting Do?

Blood clotting, or blood coagulation, is the process that solidifies the blood when an injury breaks the wall of a blood vessel. There are several factors that come into play. When some of these factors are absent or deficient, the blood does not clot efficiently and bleeding continues to occur. Platelets clump together and stick to the broken wall, essentially “plugging” the tear. Platelets also form fibrin, which works as a type of net to trap more platelets into the “plug.” When a break occurs, the injured blood vessel constricts, making the outward blood flow slower. The blood can also clot too much, leading to other problems. Doctor’s can prescribe certain drugs to affect the body’s ability to form blood clots.

Hemophilia is a genetic disorder, affecting almost exclusively men. The lack of or defect of the clotting protein factor VIII causes this disorder. Although usually passed from parents to their offspring, one third of cases are the result of a genetic mutation. Hemophilia occurs in 1 in every 5,000 births (approximately), according to the Centers for Disease Control and Prevention (CDC). The reason the disorder affects more men than women is because the gene is carried by the X chromosome. While women could receive the hemophilia gene from their mother, the probability of receiving a healthy X from their father is likely. This means they will not have the disorder, but more likely become a carrier. Men, however, only receive one X from their mother and a Y chromosome from their father. Therefore, if the X they receive carries the gene, they will have hemophilia.

As we mentioned, people with hemophilia A bleed longer than healthy people. This bleeding can occur externally or internally – seeping into muscle tissue and even joints. Three types of severity exist – mild, moderate and severe. The severity of the bleed depends on the percentage of FVIII present in the blood plasma. About 50% to 150% is normal. Anything below 50% determines symptoms. Levels of 6% to 49% are mild, and only have trouble clotting after a serious injury or surgery. Meanwhile, 1% to 5% FVIII present signifies a moderate case. These patients are prone to spontaneous bleeding and bleeds after injury. People with severe hemophilia have less than 1% of FVIII in their blood. These patients often experience spontaneous internal bleeding episodes.

Treatment for this disorder is administered through a vein in the arm or through an opening in the chest. The medication is concentrated FVIII product, sometimes referred to as a clotting factor. Severe cases may require a routine treatment schedule, as they need more of the clotting factor to prevent bleeding. A synthetic version that stops bleeds can be administered to patients with mild hemophilia through an injection or nasal spray.

There is treatment available for Hemophilia. Contact a representative to help you understand your healthcare and financial needs.