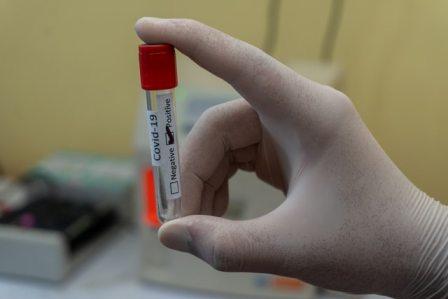 On August 27, the Trump administration sent out an official press release stating that President Trump signed a $760 million deal to purchase 150 million BinaxNOW tests from Abbott Laboratories. These tests may help slow the spread of the virus by allowing millions of Americans to get quick COVID-19 testing results.

A Need for BinaxNOW Tests

Abbott Laboratories’ Abbott BinaxNOW COVID-19 Ag Card Point of Care SARS-CoV-2 (BinaxNOW) test is entirely self-contained, meaning it can process antigens from a nasal swab in 15 minutes or less without the use of expensive machinery. Starting in September, Abbott aims to produce tens of millions of tests per month, capping out at 50 million per month as early as October. The first batches of Abbott’s BinaxNOW tests will most likely be distributed to schools and other high-risk communities.

The project’s lead scientist, John Hackett, explained that “This project was built around the concept: What do we need to start to move our society back to normal?” in an interview with Alexis C. Madrigal of The Atlantic. He continued, “How do we get people back to work? How do we ensure these workforces will be as safe as possible? How do we get people back to school? That was the goal.”

The test’s release coincides with the Food and Drug Administration’s (FDA) emergency use authorization of the BinaxNOW technology. Though these BinaxNOW tests provide quick results, some researchers have raised questions over the sensitivity of the tests, following Abbott’s recent ID Now controversy, and the limitations of BinaxNOW diagnoses. While some have expressed concern that the test is not accurate enough to be useful and may produce false positives, others have shown worry about the BinaxNOW’s ability to only diagnose those whose onset of COVID-19 symptoms began within seven days before the test was administered.

Regarding these claims, Hackett made it clear that “The more frequently you could test people, frankly, even tests with lower sensitivity would be very effective at identifying people quickly and slowing the spread.”

The Future of BinaxNOW Tests

Hackett also mentioned several times throughout the interview that the BinaxNOW is only the first step towards finding the most accurate and effective testing methods for coronavirus. The company plans to expand its line of BinaxNOW tests to include those to be used for screening, or testing without symptoms present, and possibly to produce at-home testing kits.

“When you think about going to home testing, there are a lot of factors involved,” Hackett explained. “This test is very easy to use; there’s no question. But you’d have to worry about how people store them. Are they sitting in their hot car? This test will be a major step, but we do have to continue to explore others.”

We hope this information on Abbott Laboratories’ new BinaxNOW test is helpful to you.