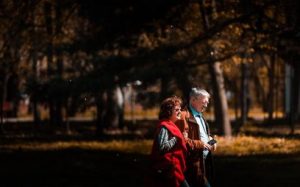 Almost all Americans know that Medicare is a government-funded healthcare program for citizens over 65. Most people also know that Medicaid is the government-funded healthcare program for low-income individuals. However, most Americans are not aware that if you qualify for both programs you may be enrolled in both, this is known as dual eligibility.

Who Qualifies For Dual Eligibility?

Dual eligibility is for people who qualify for both Medicare and Medicaid on their own. Individuals over 65 years of age or younger people with a qualifying disability can qualify for Medicare on its own. Medicaid eligibility varies by state but is all based on a percentage of income that is above or below the federal poverty line. In some states, Medicaid is qualified for if you are both low income as well as disabled, pregnant, or a parent of dependent children. While other states have expanded Medicaid to include individuals who are low income without the other qualifiers.

How Does Dual Eligibility Work?

Once you qualify, Medicaid will cover some of the out-of-pocket costs associated with Medicare, such as the premiums for Parts A and B, cost-sharing, or both, and will generally pay less for health coverage. Medicaid also covers some services that Medicare does not, such as long-term care coverage. Medicare will always pay first since Medicaid is known as the “payer of last resort”, and Medicaid will cover the out of pocket costs that Medicare does not up until the Medicaid limits.