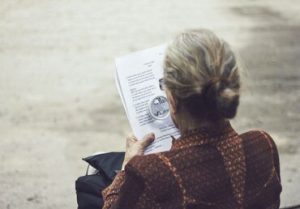 According to a CBS news report, Biogen’s new Alzheimer’s drug could significantly raise premium costs for Medicare patients and make the overall program more costly. Aduhelm, a drug administered via infusion to help people with Alzheimer’s, will cost a whopping $56,000 per year for each patient according to Biogen. Approximately 6 million people in the United States have Alzheimer’s. while 2 million of those are covered by people on Medicare. If 25 percent of people on medicare use Aduhelm, Medicare costs would raise by $29 billion, which would be a record increase according to the Kaiser Family Foundation.

Aduhelm would be covered under Medicare Part B, which is the portion that covers prescription drugs. In 2019, the total spending number for Medicare Part B was $37 billion. While Aduhelm could be a useful drug to help treat people with Alzheimer’s, the costs are clearly significant. Kaiser said in their report that Medicare patients could have to pay up to $11,500 per year out of pocket, or about 40 percent of the median annual income for people on Medicare. However, there is supplemental insurance that would cover more of that cost.

The FDA approved Aduhelm for use on June 7, making it the first drug approved to treat Alzheimer’s use in almost 20 years. According to United States regulators, it is the only drug that can actually treat the disease rather than manage its symptoms.

The need for new drugs to treat the disease is “urgent,” Dr. Patrizia Cavazzoni, director of the FDA Center for Drug Evaluation and Research said. “Although the Aduhelm data are complicated with respect to its clinical benefits, FDA has determined that there is substantial evidence that Aduhelm reduces amyloid-beta plaques in the brain and that the reduction in these plaques is reasonably likely to predict important benefits to patients.”

For years, the pharmaceutical industry has attempted to find treatments for Alzheimer’s, but none of them have been officially approved by the FDA before. With this recent development, it is possible that more companies renew their resources in creating a competitor to Aduhelm. The FDA approved Aduhelm despite the many questions still lingering about side effects and overall consumer cost of the drug.

We hope this information on Alzheimer’s drug could significantly raise premium costs is helpful to you.