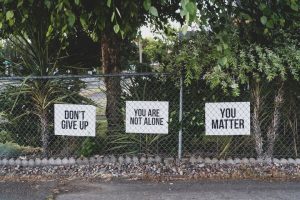 U.S. fuel prices rise as the Colonial pipeline, which supplies the east coast with a sizable amount of gasoline, was hacked and shut down in early May, causing fuel shortages and price spikes throughout the country. This is the first time that the pipeline has been completely shut down, and it could take a few days for it to resume normal operation. It came back online on May 12 after shutting down on May 7.

The pipeline shutting down caused gas prices to rise significantly throughout the nation and also prompted questions regarding the cybersecurity of the nation’s critical infrastructure. The FBI stated that the cyber attack came from a group called Darkside, believed to be based in Russia. At this time, United States officials do not believe the Russian government had anything to do with the attack.

Colonial services seven major airports and operates in 14 states across the eastern part of the country, covering more than 5,500 miles and carrying more than 100 million gallons of fuel per day, according to the company. North Carolina, South Carolina and Virginia all declared a state of emergency over gas shortage concerns, while the Federal Motor Carrier Safety Administration declared a regional emergency for 18 states and Washington DC. As of Thursday morning just before the pipeline resumed operations, almost 75 percent of gas stations in North Carolina ran out of gas, and about half of South Carolina’s stations had no gas to offer. Consumers hoarding gas did not help the situation, either, as a result of panic buying fuel.

On May 12, the average price per gallon of gas in the United States jumped to $3.02, a rise of 7.5 cents from the previous week. This was the first time that gasoline had exceeded the $3 a gallon mark since 2015. Some industry experts are predicting that despite the pipeline being back online, the ramifications of it may be seen for weeks. According to GasBuddy’s senior petroleum analyst Patrick De Haan, It could be three or four weeks before everything is stabilized and back to normal. Panic buying gas from consumers has further complicated the situation and may result in the further delay of normal operations resuming.

We hope this information on U.S. Fuel Prices Rise is helpful to you.