Is it true the recession has hit 2020? Recent news said “Recession is here” and it is all over the place. This wasn’t an unexpected toll. This was something the Economists predicted for a while now. Recession hits the economy on an average every 10 years. The last recession we had was in 2008 and this time it was kind of expected to arrive anytime now. However, COVID-19 was an outbreak that accelerated the recession. We could have been able to push it maybe for another year with President Trump’s efforts, but this pandemic caused a lot of chaos and unrest around the world impacting the economy. 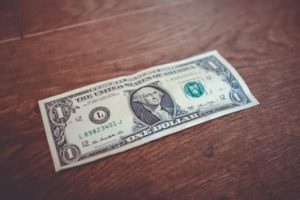 According to the Bank of America, the recession is already here. They released a statement on the 19th of March 2020. They said, “jobs will be lost, wealth will be destroyed.” This was followed by the drop of Dow Jones in the stock market. The stock market opened 20000 points below for the first time since 2017 on March 19th.

The economy is predicted to shrink by 12% in the second quarter according to the Bank of America. Furthermore, the US GDP will contract by 0.8%. The unemployment rate will double almost leading 1 million people to lose their jobs per month believes the Bank of America. 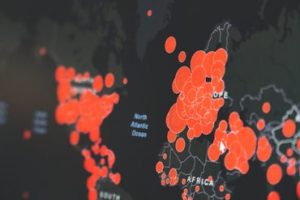 The predictions for the recession were already made, just the coronavirus outbreak kicked it off to acceleration. The travel restrictions were one of the biggest reasons for COVID-19 being a setback to the economy. Stagnant travel markets were a hard push to the economy downwards. Tourism is a sector that is critically affected by it. Shutting down the airlines, restaurants, shopping centers, and hotels lead the economy to go downhill. Furthermore, shutting down the businesses across the globe due to the pandemic is also a contribution to the recession.

These conditions are getting bad all across the globe and are not limited to the United States. Places including London and Paris are on the downhill as well indicating in the direction of the global recession. There are measures being taken to reduce the impact of the recession, but it is going to be a slow process. 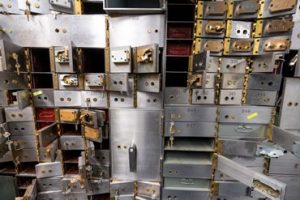 The US Federal Reserve has been taking some drastic steps that include inducing money in the economy for some relief. The Fed injected around $500 billion which will help to support the firms that have been affected. This is a step towards relief in recession. It is said the stock market is unstable, however, the credit market is pretty still. Moreover, liquidity has reduced considerably.

We cannot predict how things will go ahead if it continues, but it is said to decline further in the coming days.