As the leading cause of dementia, nearly 5 million people struggle with Alzheimer’s in the U.S. Starting with memory loss and confusion, patients will then experience difficulties with speech and thinking. There is no cure for Alzheimer’s and the cause remains unknown. However, a newly discovered protein has become a major target for research. Sticky clumps of a protein have been discovered in the brains of people who have died from Alzheimer’s. Now, that protein is known as “beta-amyloid” and no drugs have been successful against it thus far. Scientists believe that the process leading up to Alzheimer’s occurs long before the diagnosis. Therefore, once people finally join these clinical trials it is too late.

Researchers from Tokyo Medical and Dental University are researching the brain before the onset of Alzheimer’s. This research focuses on mild cognitive impairment (MCI), an early phase of 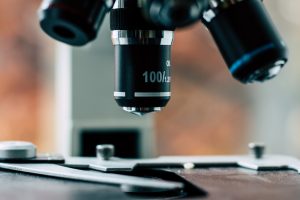 cognitive decline. This describes the small changes, such as regularly losing things or forgetting a name, before Alzheimer’s occurs. Fortunately, not everyone with MCI develops Alzheimer’s disease later on. However, researchers still treat this as a window into the early stages of Alzheimer’s. In current research, scientists measured neuronal death in mouse models of Alzheimer’s disease, as well as people with MCI and Alzheimer’s. Dying neurons release a protein called HMGB1, which measures how many neurons in the brain have died. The study included 26 people with MCI and 73 with Alzheimer’s. A new test locates these neurons as they are dying due to the effects of Alzheimer’s. The lead author of this study claims, “Neuronal death is…notoriously difficult to detect…because dying cells cannot be stained using chemical or immunohistological methods.” To the surprise of many experts, the neurons were dying earlier than expected. In fact, this occurred more in patients with MCI than with Alzheimer’s.

Further, scientists believe they have discovered what has caused these neurons to die so early on. Scientists say the protein YAP is the root of the cause. There have been links between YAP and Alzheimer’s in the past, now found in lower levels in MCI patients. There have been findings of YAP found in clumps of beta-amyloid. These are considered lost YAP, which could be the main cause of Alzheimer’s. Saving neurons in Alzheimer’s disease patients may be crucial, and possible.

Fortunately, experts believe this discovery could help them treat Alzheimer’s disease. Lead author Hikari Tanaka says that proving neuronal death is “YAP-dependent” and that “novel Alzheimer’s disease therapies will be developed.” Gene therapy treatments have been performed on mice to replace the missing YAP protein. However, researchers will need to resolve important safety concerns before trying this therapy on humans. Still, experts claim their discovery could make it easier for doctors to diagnose Alzheimer’s.