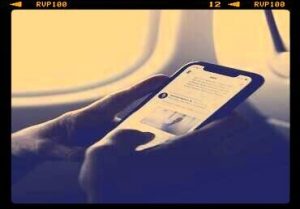 Twitter’s new prompt to consumers on its app is something that has been a long time coming. Twitter will be rolling out a feature to millions of its users that prompts them to read an article before retweeting it, in a concerted effort to limit the amount of false news that is spread on the app.

Twitter has been trialing this feature, but only with Android users who have the app on their phone. The company began testing the read before you retweet prompt back in June. Here are some statistics to look at since Twitter began rolling this out earlier in the summer.

While Twitter has not put an exact date on when this feature will debut to the rest of users, they did say they hope to get it globally out to the 330 million people on the app “soon.” This is not the only feature Twitter has been testing to improve the quality of content on its platform. They also have a feature that warns people when they are about to send a potentially offensive reply to a tweet. When that tweet is sent, some users have a setting that makes you click on the tweet before viewing offensive content.

Another safety measure Twitter is taking is letting users determine who replies to your tweets. You now can select your replies to be allowed from all users, only people you mention, and people you follow. You can also now block all replies to a tweet. However, that does not include quote tweets, which people can still use as that is not considered a reply.

Twitter is just the latest social media platform to have warning features, as Facebook has a fact-checking feature that will prompt readers and tell them if what they are reading is credible or not. With these kinds of features in social media, we will soon be able to get less distrustful information on the internet.

We hope this information on Twitter’s New Prompt to Consumers is helpful to you.