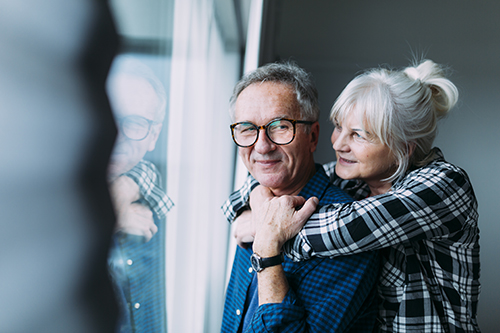 The Dark Side Of Aging And Finances

Financial abuse can take many forms. MedicareAdvantage.com lists dozens of ways in which elder financial abuse is carried out such as scammers impersonating home repairmen, fake charities collecting donations, or email phishing. Seniors are also susceptible to predatory lenders and identity theft, however, the most common perpetrator is not typically an outsider. Almost 60% of the time it is family member, friend, neighbor, or a paid caretaker. These trusted individuals take advantage of the senior’s cognitive decline and diminished capacity.

Academic research indicates that as we age our confidence in our financial ability stays constant, while our financial literacy drops off dramatically. Meaning, even if we feel perfectly capable of handling our financial affairs we may be slowly losing the ability to make prudent financial decisions. “Financial judgment can start to falter before normal cognition does, regardless of whether the person was savvy with money when they were younger. In other words, it can happen even when the person seems normal,” says Dr. Mark Lachs, a geriatrician at Cornell University, in “Age-Associated Financial Vulnerability: An Emerging Public Health Issue.”

Another reason why older adults are disproportionately vulnerable to fraud could be a lower warning signal when evaluating trustworthiness. Studies found that older participants exhibit less activity in their anterior insula while viewing “untrustworthy” faces than younger participants. This part of the brain supports interoceptive awareness, or “gut feelings”, and the results suggest seniors may not easily identify a potential risk, such as an untrustworthy person.  A diminished “gut” response to cues of untrustworthiness may contribute to older adults’ vulnerability to fraud.

Other than age-related decline in cognitive thinking, Americans 60 years and older possess more than half of all U.S. household wealth and are more likely to have life insurance. Furthermore, fewer employers provide pensions than ever before leaving people to manage their own retirement savings. This makes seniors vulnerable to bad actors such as predatory lenders, pyramid schemes, or fiduciaries that use these resources for personal benefit.

The combination of declining financial ability while still maintaining confidence to do so, a less active “gut feeling”, the concentration of wealth along with them often living in social isolation makes this demographic desirable targets for scammers and thieves.

The Human and Economic Toll from Elder Financial Abuse

The increasing toll of elder financial abuse is estimated to affect more than 5 million people and cost billions of dollars a year. Emerging evidence indicates that
prevention could save lives and prevent illness, injury, and suffering, while also yielding major cost savings. Those who suffer financial exploitation die at a rate three times faster than those who have not been abused. In addition, one in ten financial abuse victims will turn to Medicaid as a direct result of their own money being stolen from them, creating a public health crisis. “Financial exploitation causes large economic losses for businesses, families, elders and government programs, and increases reliance on federal health care programs such as Medicaid,” warned a 2014 elder justice report.

How Seniors Can Protect Themselves

It is important to look for warning signs of financial abuse, but it is easier to work with your aging loved one before cognitive decline starts. In addition, start thinking about building a plan for yourself to safeguard your own wealth.

Empower Brokerage wants to help you understand what coverage you need and how to save money when getting it. We want to help you stay on top of your health and protect your loved ones. CALL US at (844) 410-1320 to learn more about the dark side of aging and finances and how to Safeguard Senior Savings Against Financial Elder Abuse.

If you have questions about your Medicare coverage, call Empower today. Let us help with your Medicare questions so you can get back to the activities you enjoy the most. 1-888-446-9157 or click here to get an INSTANT QUOTE